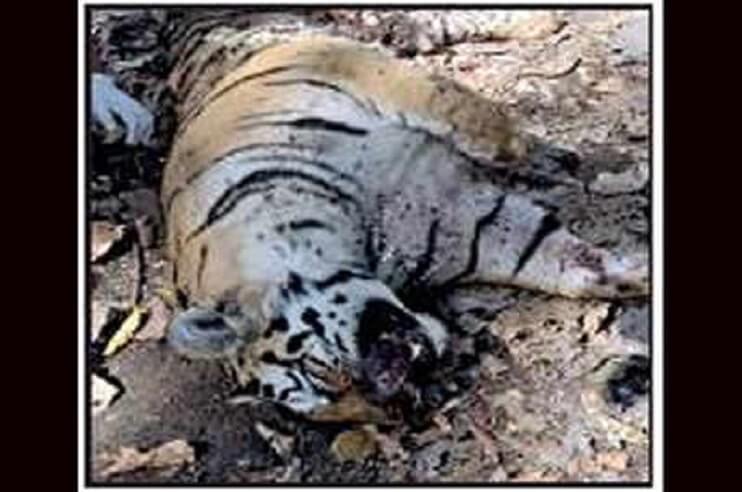 Cases of cannibalism amongst tigers in Madhya Pradesh has witnessed another chapter as it was reported on March 1st 2019 that another carcass of an adult tiger was found in Pench National Park & Tiger Reserve. This news comes just a day after it was reported that a cannibal tiger killed and fed on two sub-adult tigers in Kanha National Park. Even that wasn’t the first case of cannibalism amongst the tigers.

In case you didn’t know

The first case of cannibalism amongst tigers in Madhya Pradesh was found in Kanha National Park on January 20, 2019. After that, it was reported that a tiger was spotted in Kanha National Park feeding on the carcass of two sub-adult tigers. Although cannibalism amongst tigers isn’t an anomaly, it is surprising that tigers are feeding upon each other despite the availability of prey in respective national parks.

The heart of the matter

The case was registered in Seoni in Pench National Park. The carcass was found by forest patrol officers who were on their regular patrol when they discovered the body in the Khamarpani buffer zone.

Vikram Singh Parihar, Field Director of Pench National Park said that the tiger was killed by another tiger. There are traces of tiger bite marks, hair and paw marks which indicate that there had been a fierce battle, which led to the death of one tiger. However, the carcass of the tiger indicated that it had been half eaten by the same tiger. He also added that it isn’t the first time such an incident has occurred in Pench National Park. He reminded us of the incident of the 1980s when there were reported cases of cannibal tiger in Pench National Park.

Why is it surprising this time?

Why do tigers kill each other?

Tigers living in wild or within protected areas fight for basic reasons - territorial war. While the space for big cats is shrinking all across the globe, tigers sharing space usually get into a fight over their territory. Big cats need big territory to survive in their natural habitats and when they come across another tiger in their territory, the outcome is usually bloody. Another reason tigers fight is because of lack of prey. Lack of enough tigress during the mating reason is also a reason why big cats fight each other. In most of the cases, tigers are seriously injured, some eventually succumbing to their wounds.

However, the fact which is worrying the officials in the protected area is that despite enough prey and land, these tigers are feeding upon each other. The officials are puzzled as to why the Tigers are turning cannibals after killing another tiger.

Is cannibalism common in animals?

The authorities at Kanha and Pench National Park have assured that they will get to the bottom of it as soon as possible. They have started the investigation into these cases, however, they have refrained from reaching a conclusion yet.